On March 13, thousands of Kherson residents marched on the main square of the regional center to oppose the creation of a pseudo-republic in the Kherson region. Protesters hold Ukrainian flags and chant “Kherson is Ukraine!”

Videos of the actions appear online.

Many photo of the actions appear on the social media as well. 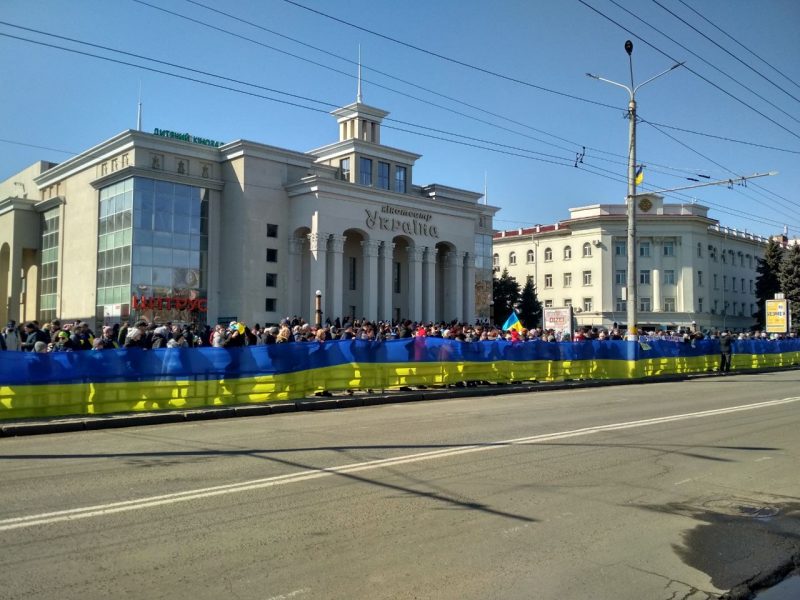 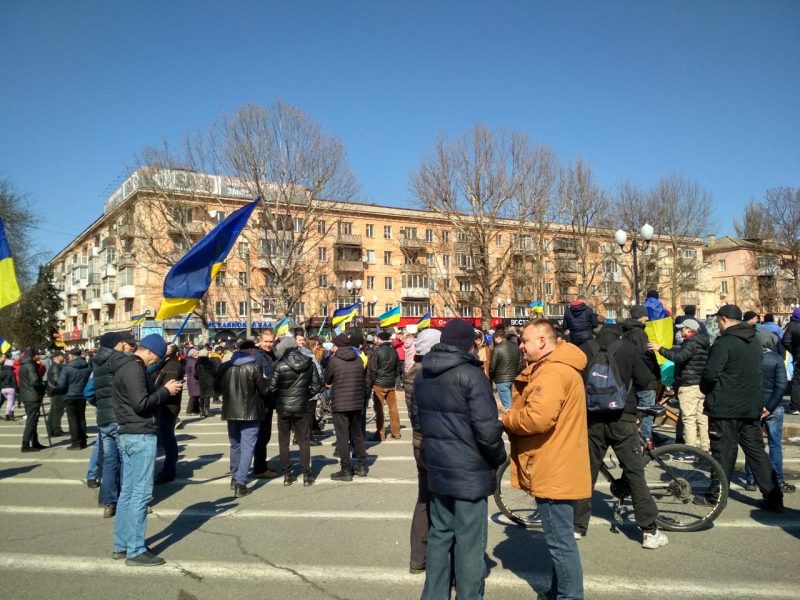 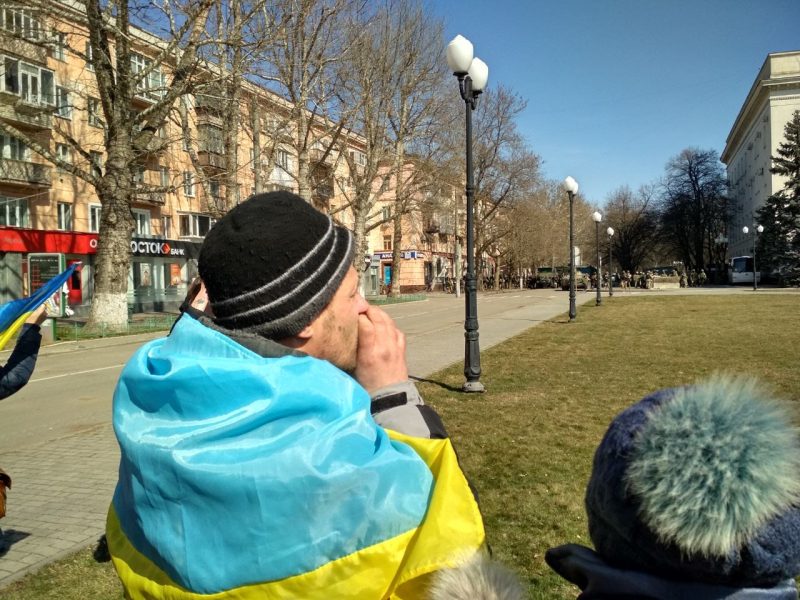 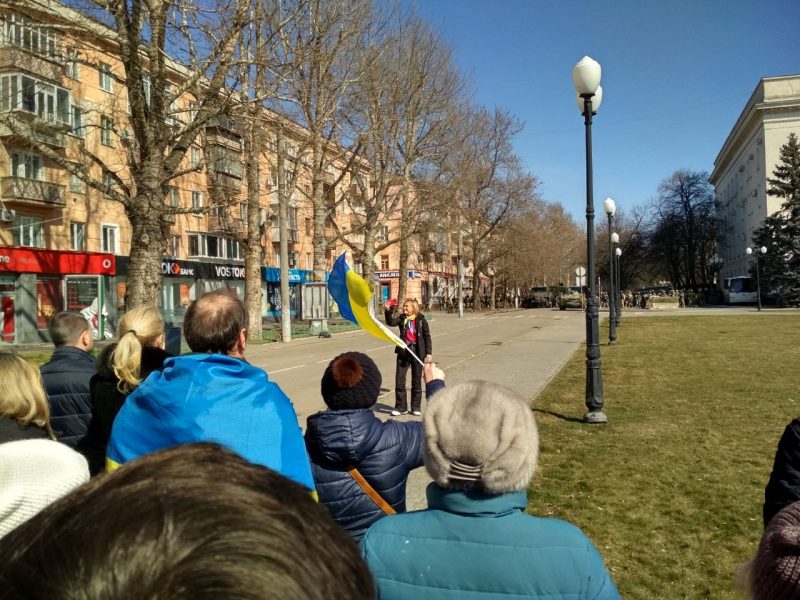 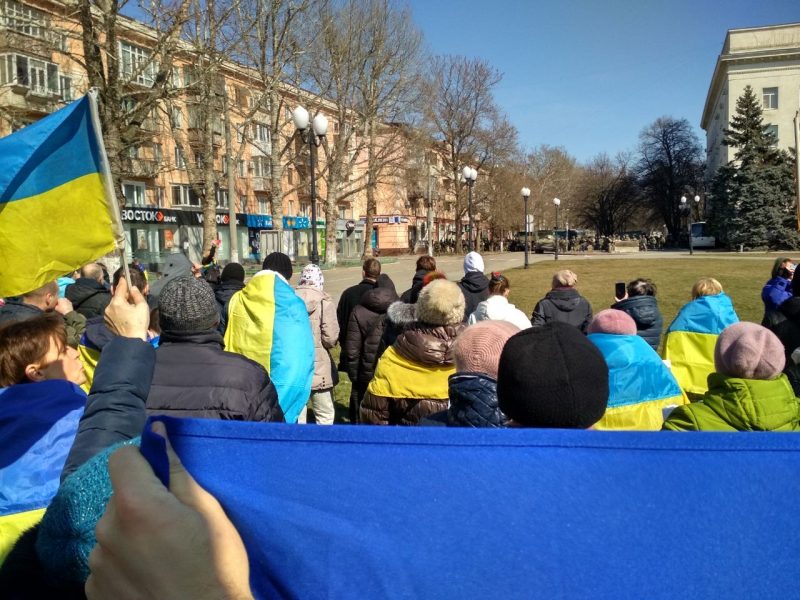 People continue to come from all districts of the city. The main square of the city is almost completely crowded with Kherson residents. 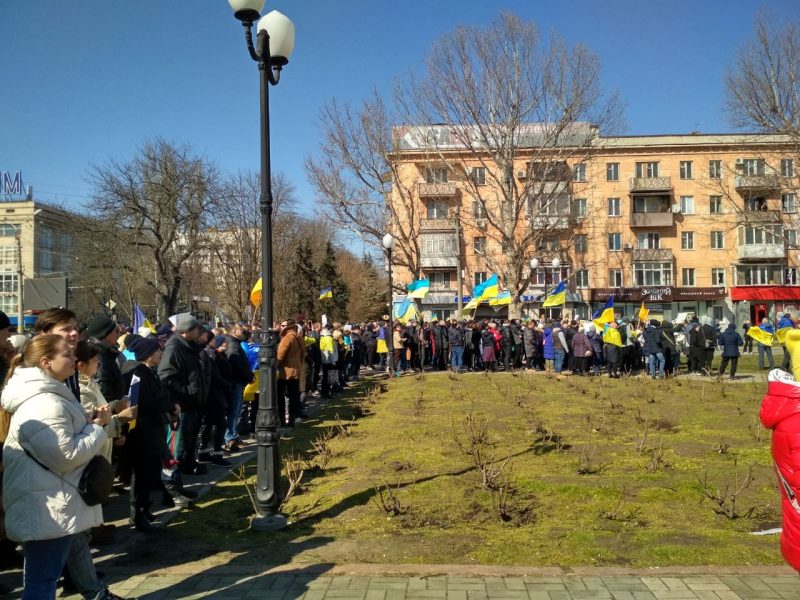 Then people went to the WW II Memorial Park and carried a huge Ukrainian flag with. 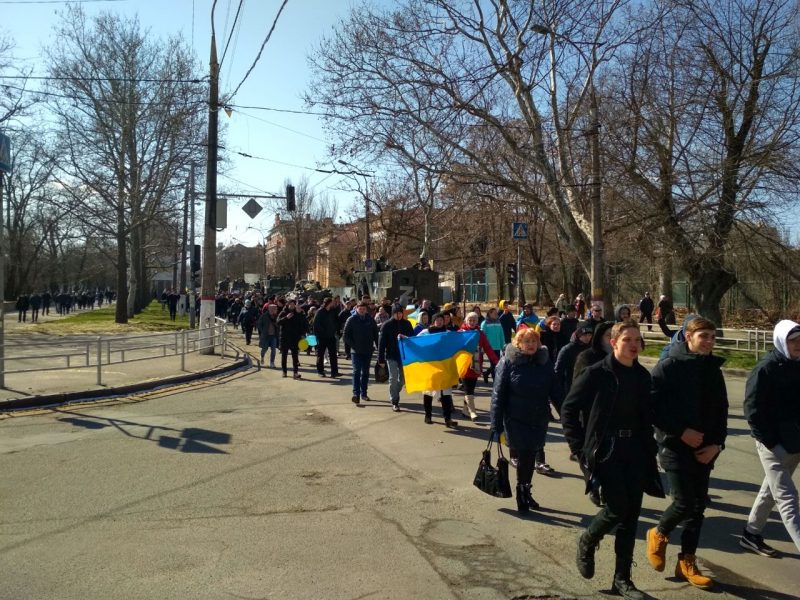 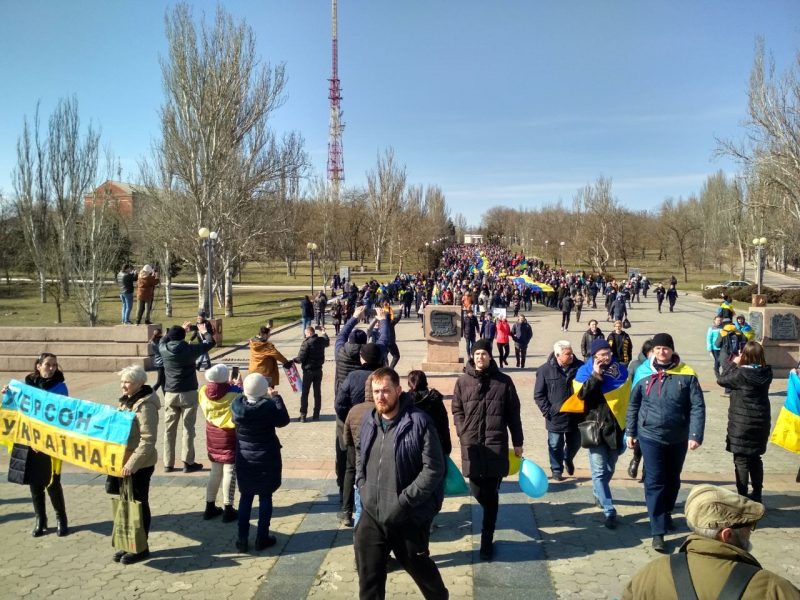 As it was reported before, the deputies of the Kherson regional council are against the creation of so-called “Kherson People’s Republic”.

Thus, last night, an emergency remote meeting of the Kherson Regional Council was held, at which deputies spoke in favor of the state unity of Ukraine. The deputies accepted the appeal condemning any attempts to create pseudo-republics in the Kherson region.

“Kherson region was, is and will be an integral part of a unite and independent state – Ukraine”, – the statement says.