Several dozens of civic organizations from Kherson region supported an appeal to the Prime Minister of Ukraine, Denys Shmyhal, to prevent the resumption of the supply of Dnipro water to the territory of the temporarily occupied Crimea peninsula.

The activists conceive that water-supply to Crimea will only intensify the colonization of the peninsula by the occupiers, and therefore it should be considered according to Article 111 of the Criminal Code of Ukraine as “treason against the State, i. e. an act intentionally committed by a citizen of Ukraine to the offence of sovereignty, territorial integrity and inviolability, national defense, state and economic security of Ukraine”. 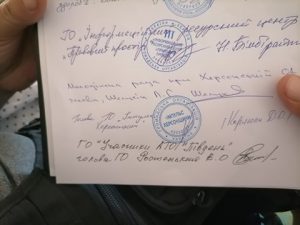 In their Appeal, the signatories demand to implement a law, assuming that public calls to resume the electricity and water supplies to the occupied territory of the Autonomous Republic of Crimea until the territorial integrity of Ukraine is restored will be considered a criminal offence. 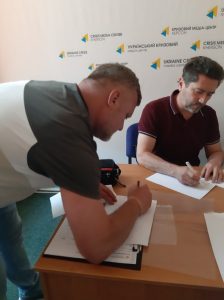 “…The occupiers are not only imposing the discussions on us, but even inspire provocations on whether to supply water to Crimea. And we must be ready that the degree of this “discussion” in Ukraine itself will increase. And we must be prepared for the fact that our opponents will not be represented only by the aggressor country, but also our compatriots who will speak in the narratives which were offered by the aggressor country”, said Mr. Kurkchi.